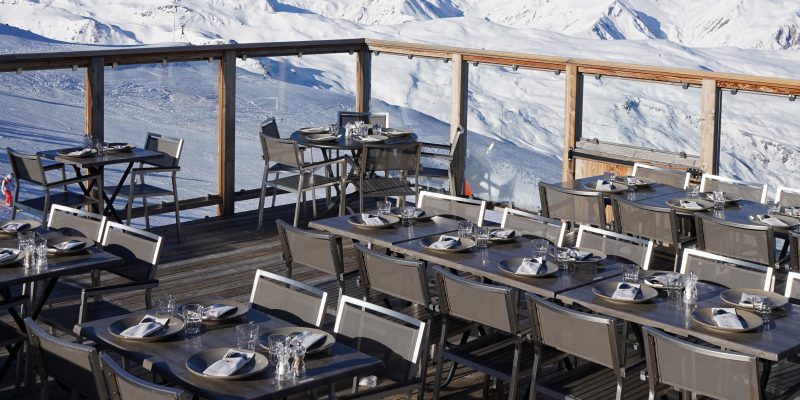 It is a rather strange feeling to wish you are lost, to hope upon hope that the place you were struggling and striving to reach is not where you now stand, but it was exactly this desire that eddied around Georgette, mixed into the freezing air now nipping at her body like an unrelenting beast trying to peel the very nerves from her.

It was the undeniable shrinking of the world that had led her to its edges. She wanted to rail against the ever increasing confines of the ‘social community’ the entire globe had become a part of and so had set out into the snow to find…well, nothing at all.

Despite her need to know if this was the place of her ultimate goal, she was still reluctant to use the electronic device that could tell her exact co-ordinates. The problem being, it would simultaneously log her whereabouts, and allow anyone who wished to be searching for her to pinpoint that location, whilst telling her where that may be. Still, these were unforeseen circumstances and so she stared at the machine’s tiny, grey screen hoping it would inform her she had gone astray somewhere along her travels and ended up in the wrong place. Alas, all it did was confirm she was where she wanted to be.

She stood staring at, what should have been a unique blankness, a cold, white void on the peripheries of human existence, and yet she was disappointed. Confused and disappointed. In almost any other setting, the non-descript wood cabin would garner little, to no, attention but here, amongst the swirling ice chill that had made the landscape around it so strikingly desolate, it was the only thing the eye could be drawn to.

The aesthetic itself was a curious choice. Out here, in the harshest of conditions, why would you choose wood? It’s not even a practical decision in terms of available resources, there are no trees here, there’s nothing, just an endless layer of ice and snow! Stranger still was the swing sign above the door that was reminiscent of the country pubs Georgette used to see back home. Not so much now as most have closed down but you occasionally spotted one hanging from dilapidated premises if you were driving through the middle of nowhere. Here, the hinges had frozen so that it stood firm against the arctic winds that battered it and had covered whatever image it was supposed to display with snow.

But if this was where Georgette should be, then surely the building should not, as she wasn’t expecting any building whatsoever and so she felt it only necessary to investigate.

That and, of course, being out in temperatures of -31°c rather makes the prospect of any sort of structure that could offer shelter far more interesting than it otherwise would be regardless of whether it ought be in that location in the first place. Intricately carved on the door were the words ‘Always Open’ which raised the question, to whom and why? It did however, alleviate any reservations Georgette might have about entering the cabin as it seemed like an invitation.

Pushing through the entrance and stepping into a porch area, she was struck by the heat. Such wondrous, persistent warmth washed over her skin and started to sink into her bones, a warmth she hadn’t felt in weeks since starting this expedition. It felt so good she could almost taste it, flicking out her tongue in a reptilian manner to probe the air around her.

Along each wall, rows of coats hung in uniformed lifelessness as a pair of heavy boots were tucked under each one as though an army of snow people had descended in ranks upon this spot only to melt away the very second they had come in contact with it leaving nothing but their outer layers hanging eerily in resignation of their deaths. 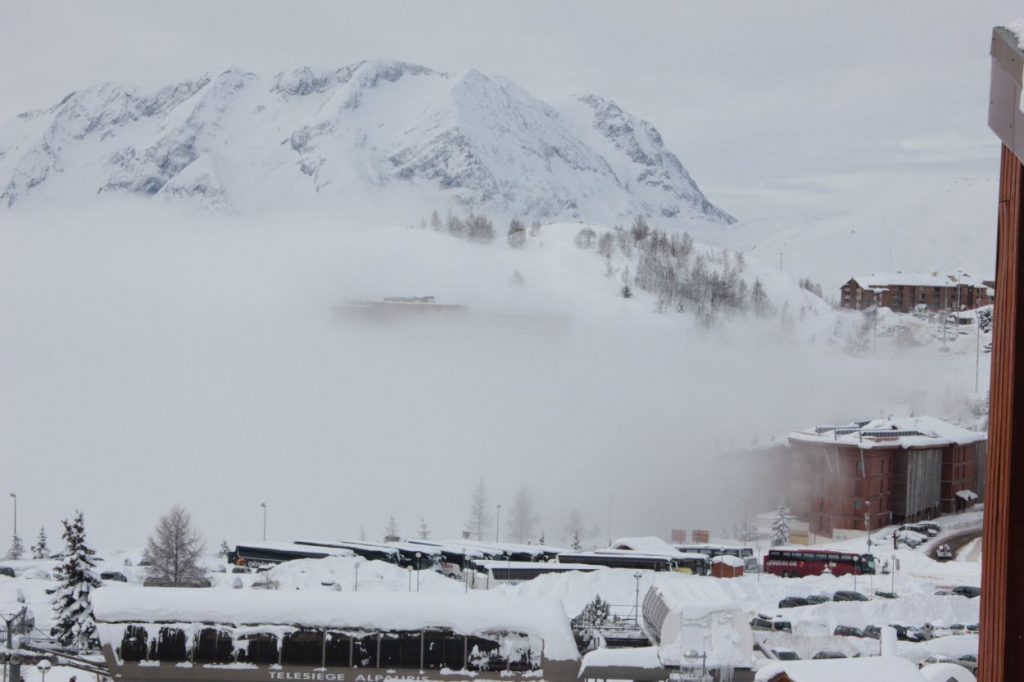 Mirroring the one she’d just come through, another door stood at the opposite end of the room, this time with a small glass panel at head height that allowed her to see yet further inside. She’d travelled hundreds of kilometres, through freezing winds and snow, on her own with little to no contact with the rest of the world in a landscape inhabited by ravenous bears and yet still, approaching this glass panel made her nervous.

Coming close enough to glimpse what was beyond the copse of coats, Georgette saw a familiar scene of comfortable, yet durable, seating carefully arranged around faux-wooden tables with, what could be described as, a ‘rustic’ finish to them, as people sat in booths or in small clusters talking casually amongst themselves as though they were completely oblivious to the fact they were in the arctic circle, straddling the magnetic North of the globe.

In one corner milled a few people behind a counter of shiny chrome equipment spouting steam and hot liquids, tapping and banging things with a deft touch and focus. The whole picture had an air of contrived cosiness about it but remained a little…soulless.

Although what she saw in front of her was recognisable, it did not make any sense and was only made more baffling by the door she was peering through swinging open and a bearded gentleman appearing in front of her with the sort of grin only someone who has worked in the service industry can muster. The one where teeth are clenched a little too tightly, lips just a little too wide apart but the eyes show nothing but resentment.

“Hello there and welcome to ‘The Tea Shop at the Top of the World!’”

“‘The Tea Shop at the Top of the World!’ Is this your first time here?”

Georgette was not sure whether this man was an idiot, insane or just a figment of her imagination brought on by the perils she had been through but, in any case, how could there be a tea shop on top of the world and why would she have been there before?

Considering this man-vision, she wondered as to why her mind would present her this scenario in what were, probably, her dying moments and how it could create such an intricately detailed picture in front of her. She studied the bushy, yet neatly trimmed, beard surrounding the overly-taut lips and she carefully roved her gaze over his close crop hairstyle and pale, grey skin. To his credit, if he were real, his dead eyed service smile did not falter at this intense scrutiny.

“Why is there a tea shop on the North Pole?”

“Ah, you’ve clearly not been before. I’m Johann, but you can call me Jan, and I’ll be your server today. If you’d like to take a seat, I’ll be right over to and explain everything to you and then take an order.”

He held out a hand toward a row of empty booths at the far end of the room and, suspicious yet dutiful, Georgette tiptoed carefully to a spot she thought might suit. Jan departed and Georgette started to peel off layers of her clothes, kicking off socks and boots, and throwing her thick coat beside her. If this was a projection of her dying mind it sure was making it hot for her.

Slumping a little, Georgette tried to take it all in, to calm the whirring train of thought careening around her head desperately trying to identify evidence of reality, or otherwise, but there was nothing she could definitively cling to. Jan returned, ridiculous grin still affixed in place, and slid a menu onto the table before looking over to the pile of clothing next to her, slowly steaming away, boiling in its own snowy residue and Georgette’s sweat.

“Would you like me to hang your things in the lobby for you?”

Staring first at Jan and then at the crumpled attire, Georgette thought this an oddly mundane question to be asked immediately after trekking to the North Pole and was somewhat deflated by it. If her brain were now shutting down on itself, it was neither trying very hard to be interesting nor was very self congratulatory. As such, she decided to keep her gear nearby as a remnant of reality should she devolve into further madness, although she did concede the lobby must have been where the ghostly coats hung when she entered so there must at least still be some logic to things.

“No, thank you.” She said meekly, shaking her head.

“Alright then, well if you change your mind just let me know. Now, as I’ve already told you, this is ‘The Tea Shop at the Top of the World.’ You’ve clearly not heard of us, which is okay, we are fairly new and actually get quite a few confused arctic explorers, like yourself, through our doors. We opened last year as a place intrepid adventurers could stop, take a rest and have a hot drink after all this way.

We have free Wi-Fi so you can let all your friends on social media know you’ve made it to the top of the world!”

“Well now I know I’ve gone insane. Why would anyone trek into the middle of nowhere just to put it on social media?”

“As a matter of fact, our business model is actually built around the millennial social media user. People love to show their friends something new and exciting with pictures and videos of places and events that they haven’t seen before and that’s exactly what we offer.”

“You put a tea shop in the arctic wilderness so people can get a selfie to make their friends jealous?”

“…And what happens when enough people have been here that it becomes boring?”

“There is an expansion plan in place should this location be successful.”

“Where? Where can you possibly go from here?”

“We have licenses for the Mariana T§rench and Mount Everest: Tea Shop in the Trench’ and ‘Tea Shop at the Tip of Tibet.” 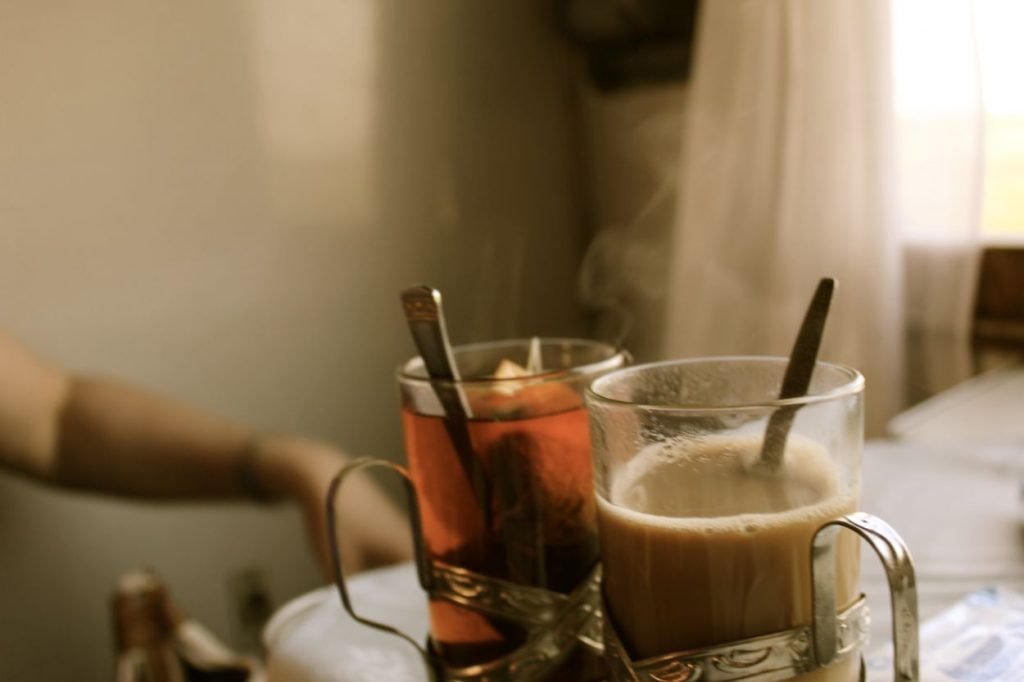 Safely enshrouded in his chromium fortress, behind a wall of steam, Johann sighed a breath of relief at the brief reprieve from his belligerent customer. Many were bemused upon coming across the tea shop but rarely were they so irritable at its very existence. Why did this woman take such exception to innovation? It was merely entrepreneurial cunning that had landed the business here and he, as an employee, had fully got behind the idea.

He was glad to place the cup down on an empty table with only a coat and boots sitting there as, he assumed, his customer had gone to make use of the facilities. That was the only logical conclusion with all her gear still left here, you wouldn’t get very far if you went outside, that would be utter madness. 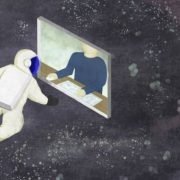 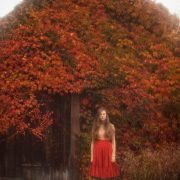 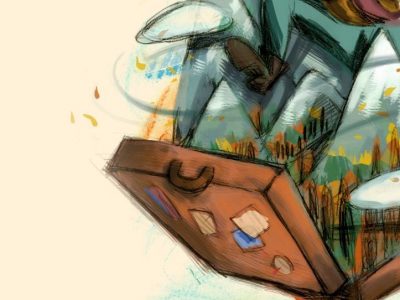 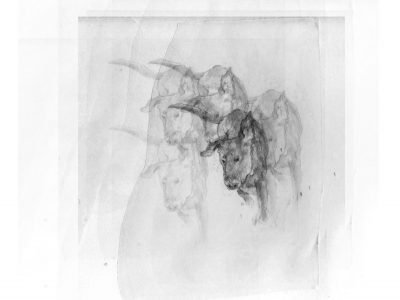 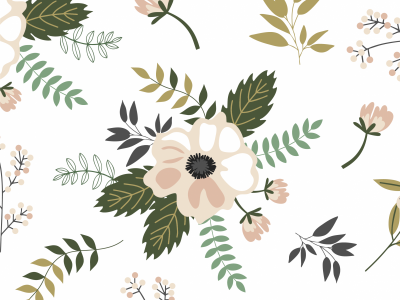 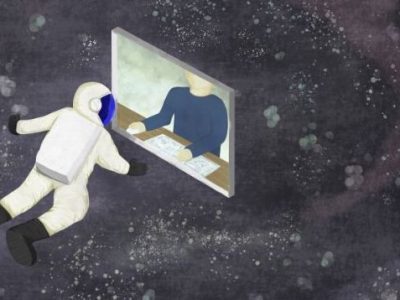 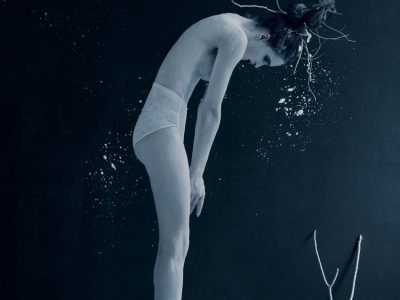 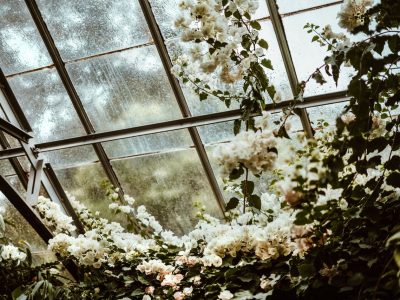 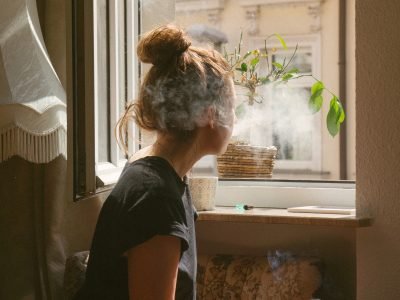